RSS Feed
← Cards for Kids: OWH Throwdown
Get it in Gear →

Our son James has joined the US Army and he ships out for boot camp 6 days before his 18th birthday. I am very proud of him and I am excited for him as he begins his life as a man. But at the same time I can hardly believe that our little man is going to be all grown up and out in the world on his own. I guess that is how every parent feels when their child is about to “leave the nest”.

I have already decided that I will send James one card each week when he is in boot camp. And I have reminded myself several times already not to send more than one card per week, so that I don’t bring unwanted attention to him. I don’t want anyone to think that he is a “Mama’s boy” because, he has never been one to cling to mama. I am just a “Boy’s Mama” who wants to cling to him. LOL

Last night I put together the first 3 of the 10 cards I will send to James in boot camp. And as I said in my last post I tried very hard to create some cards that weren’t my same old style of a centered colored  image, mounted on plain color paper. 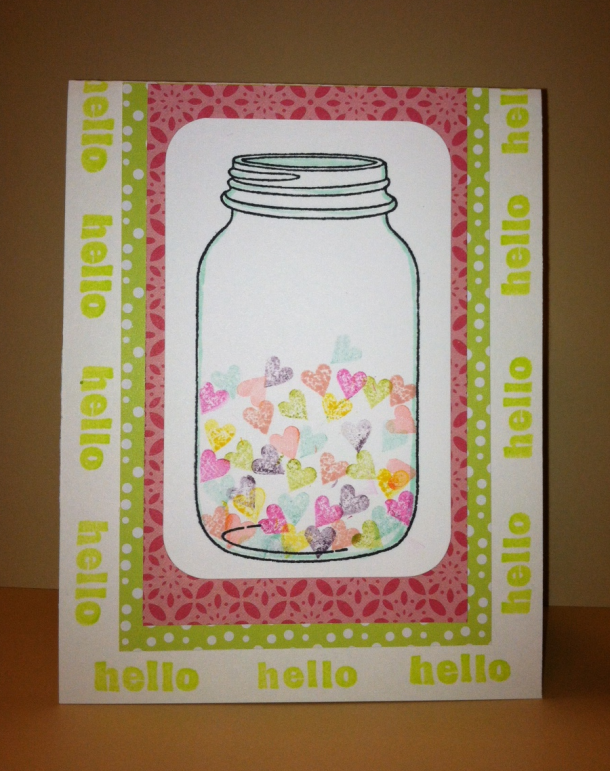 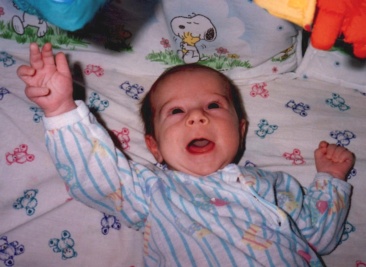 A little jar of  love. Not very masculine but, it made me think about the song Time in a Bottle by Jim Croce . It is a super sappy song but, you have to let me get a little sentimental about my first born growing up. 🙂 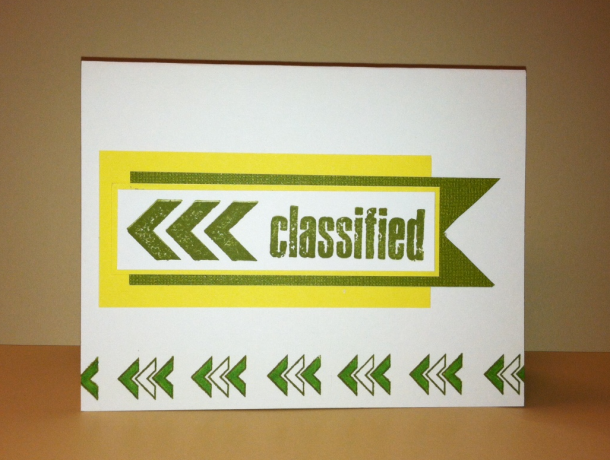 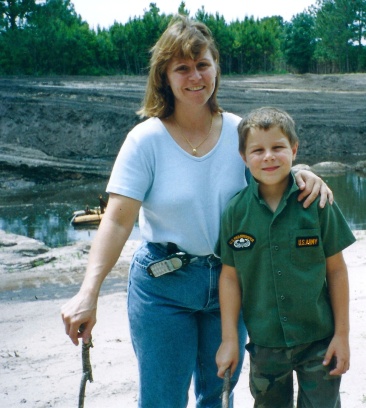 James has wanted to be a soldier since he was a little boy. He had an Army outfit that I had purchased at a kid’s consignment store that he wore from age 5 until 8 or 9 before he finally out grew it. And he didn’t just wear it at home as a costume. He wore it a least once a week to school or to play outside. I was so sad when he outgrew it but, it certainly was time for him to leave behind his “make believe” clothes.

This stamp reminded me of that uniform and of the little soldier, who wore the fire out of it! When James was almost 2 he had a near drowning. And as we got into the ambulance the paramedics gave him a little brown bear that James named Berry. He took Berry to preschool with him, he took him out to dinner and until he was  7 or 8 James never attended a sleep over without Berry riding incognito in a pillowcase. Berry lives in a shoebox in James’ closet these days but, I’m sure that he still pops up into James’  memory from time to time. (Am I supposed to be tearing up while writing this. Cause I am!) And when I saw this stamp in my collection I knew it would have to be on a card for James.

Of course James won’t think of this. He will just tear open the envelope, barely glance at the cover and then flip it open to see what I wrote. I’ll be playing the lead role of the sentimental fool in this show. 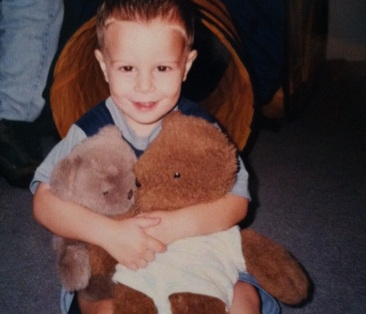 Berry is on the left. Brownie is on the right. James and Brownie were never all that close. 🙂

I will be sharing this card on A Blog Named Hero’s Challenge #26 Tag. 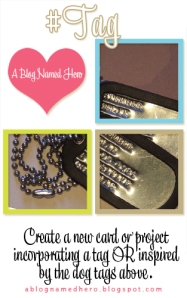 Thanks for walking down memory lane with me. I will share the other cards as I finish them too. And hopefully I won’t go all mushy on you again.

Paper crafting is my Yoga. It takes my mind off any stress that I might have at the time. My daughter loves to get involved in my projects too and it is a great way to connect with her. Sixteen years ago I began scrapbooking but, my new true love is card making!
View all posts by cardsbymo »
← Cards for Kids: OWH Throwdown
Get it in Gear →

Colors By Sherri
Better After